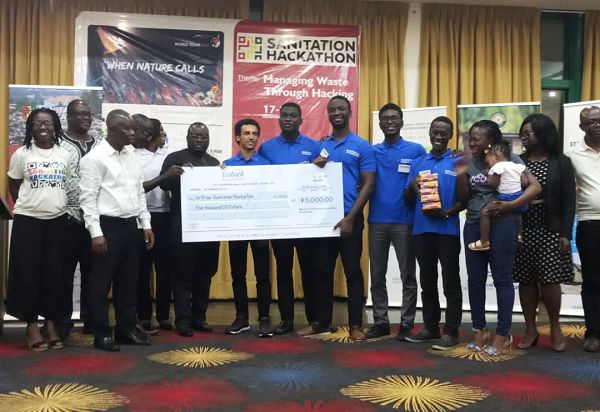 The Ministry of Sanitation and Water Resources has organised a three-day technology competition, aimed at developing a mobile application that could help solve the country’s sanitation challenges.

Dubbed, the “Sanitation Hackathon,” the competition brought together programme developers, Information Technology specialists and sanitation advocates, to come up with digital solutions on how to effectively and efficiently manage the country’s waste management problems.

Held on the theme: “Managing waste through hacking,” the event was put together by the ministry with support from the World Bank.

The contest received 300 applications, out of which 35 teams were selected for the final stage, which was organised from November 17 to 19, 2018 at the Alisa Hotel in Accra. 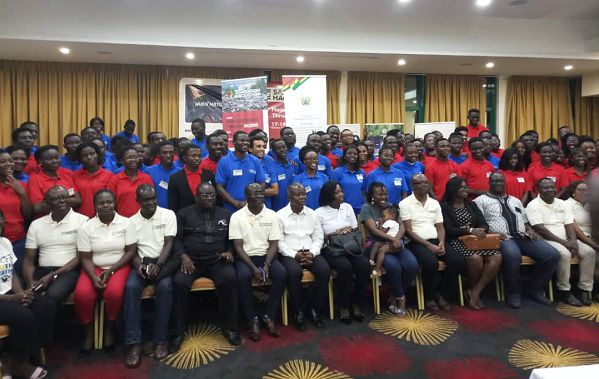 he various teams made presentations on their developed mobile Apps and defended why their Apps could help address the sanitation challenges in the country.

At the end of the competition, the first placed team, which developed an App called “Nsuo” received US$5,000, tablets, and a six-month data package from Surfline. 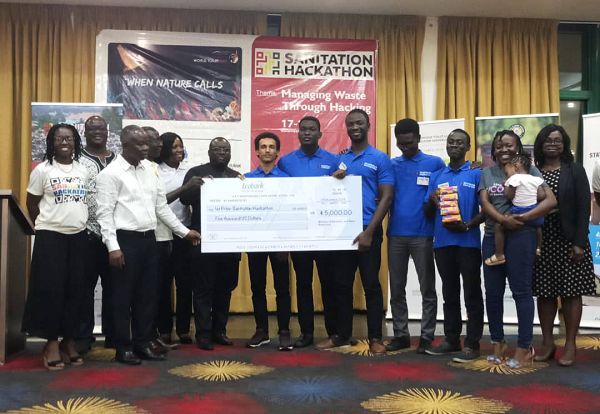 The second and third-placed teams, Beamers and Sani-GH received US$3,000 and US$2,000 respectively in addition to tablets and six months data packages from Surfline.

Also, teams that displayed commitment and creativity in their works were honoured with special awards. They were Team Kijani, Smart Team and Sani-GH Team. 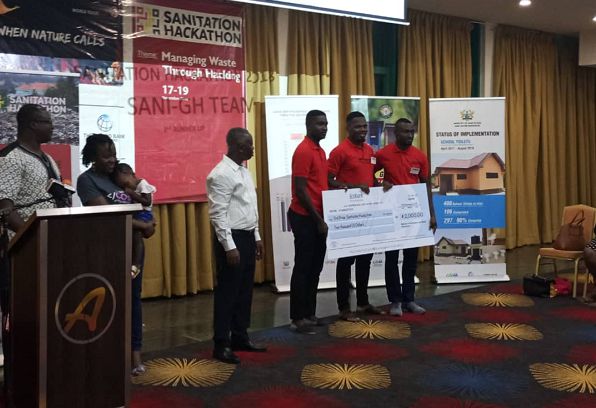 While Team Kijani was awarded the Most Innovative Solution, Smart Team and Sani-GH were awarded the Promising Solution and Good Teamwork respectively.

In a speech read on her behalf, the Minister for Sanitation and Water Resources, Mrs Cecilia Abena Dapaah stressed the need for an increased awareness on safe disposal of human excreta through the use of improved household toilets. 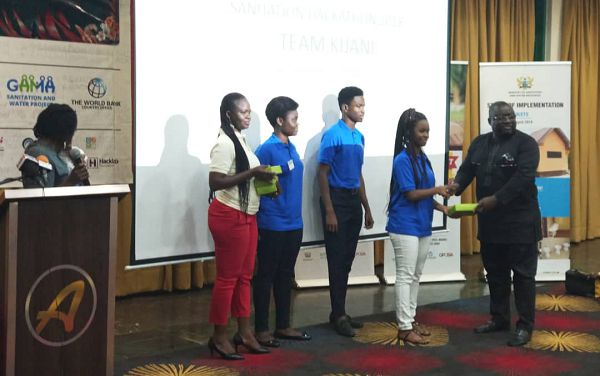 She said as part of efforts to improve the sanitation situation in the country, the ministry through the Greater Accra Metropolitan Area (GAMA) Sanitation and Water Project, has constructed 13,500 household toilets, adding that the project “is expected to construct an additional 7,000 toilets by the middle of 2019.”

Mrs Dapaah further indicated that the GAMA project would construct 406 institutional toilets in 246 schools across the Greater Accra Region to ensure that open defecation is eradicated in the beneficiary schools.

Touching on the competition, she said, the ministry “in collaboration with the World Bank and Information Technology Partners is organizing the Sanitation Hackathon to leverage on technology to solve some of the sanitation challenges” in the country.

“Technology is playing a significant role in addressing some of the developmental challenges in the country,” Mrs Dapaah said, noting that “Integrating Information Technology in sanitation is therefore a step in the right direction.” 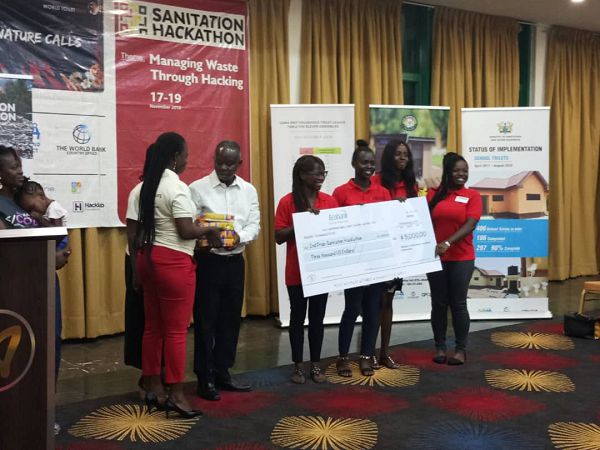 She, however, called on the media to galvanize support for the ministry to reach majority of Ghanaians with the needed messages that “will bring about change in the attitudes, behaviour and practices which are the bane of the sanitation challenges we are currently facing as a country.”

The Chief Director of the Ministry of Sanitation, Mr Anthony Mensah commended the contestants for their dedication and innovativeness in coming out with digital solutions to the country’s sanitation challenges, particularly on how to manage solid waste.

He said the ministry would critically examine all the best ideas that were offered by the participating teams as part of the goal of making the country the cleanest city in Africa. 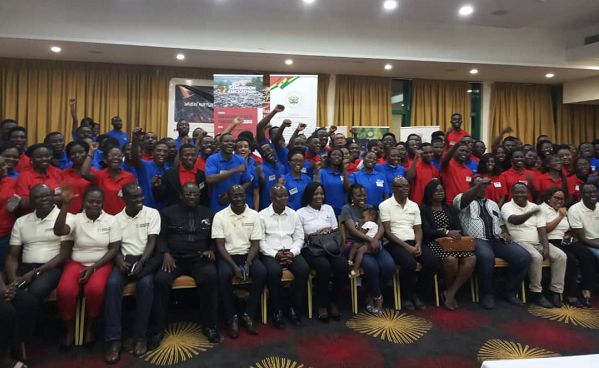 The Chief Executive Officer of the Soronko Academy, Regina Honu, who chaired the judges for the competition, said all the ideas presented by the various teams were good and therefore urged the participants not to relent on their efforts in helping the country to solve its sanitation problems.