You are here: Home / Blog / Images 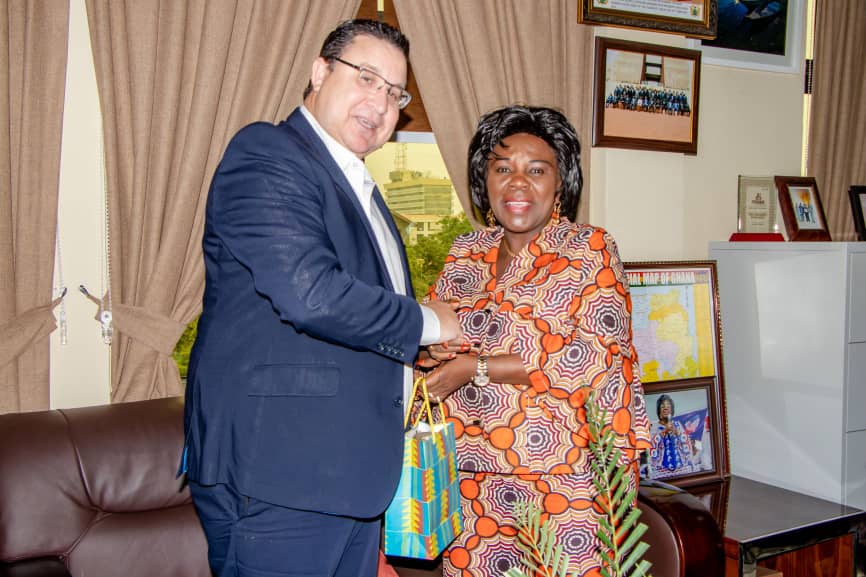 The Country Director of the World Bank Office in Ghana, Mr Pierre Jean Laporte, has called on the Minister of Sanitation and Water Resources as part of a supervisory mission on the implementation of the GAMA Sanitation and Water Project, the Sustainable Rural Water and Sanitation Project (SRWSP), and the Greater Accra Resilient and Integrated Development (GARID) Project which has been signed pending effectiveness this week.

The World Bank Country Director informed the Minister that the Bank was fully committed to providing all support needed to the sanitation sector in facilitating the transfer of experience from other countries in the region to enable the country meet the Sustainable Development Goals(SDGs); especially goal 6.2 which focuses on sanitation.

The Country Director also said the Bank expects the Ministry to speed up the institutionalisation and operationalisation of the proposed National Sanitation Authority which was announced by the Vice President some months ago; emphasising that the establishment of the Authority is a critical step towards the organisation of a coordinated sector. 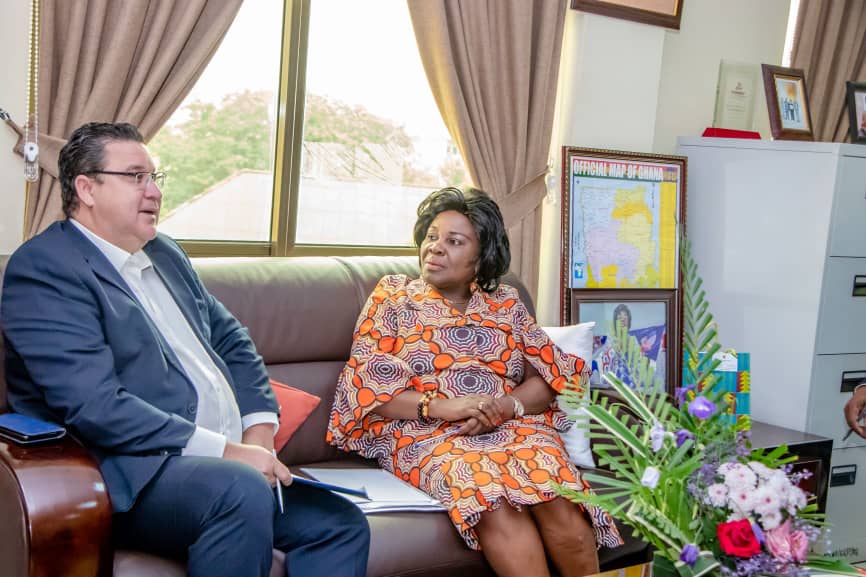 On the implementation of the GAMA Sanitation and Water Project, the Country Director informed the Minister about the Bank’s agreement to extend the Project closing date by seven months and further provide an additional financing of US$160 million to upscale the project to the other regions of the country.

The Ministry must however follow up with a formal request and immediately complete a project preparation plan.

The Country Director also mentioned the need for the Ministry to seriously institute measures to ensure the sustainability of the 406 institutional school sanitation facilities provided under the GAMA Project.

He said the facilities provided are disability friendly and menstrual hygiene considerate but their successful operation and maintenance involves mobilization of funds.

He, therefore, entreated the Ministry to clarify the responsibility of the operation and maintenance arrangements in the context of the free education policy. 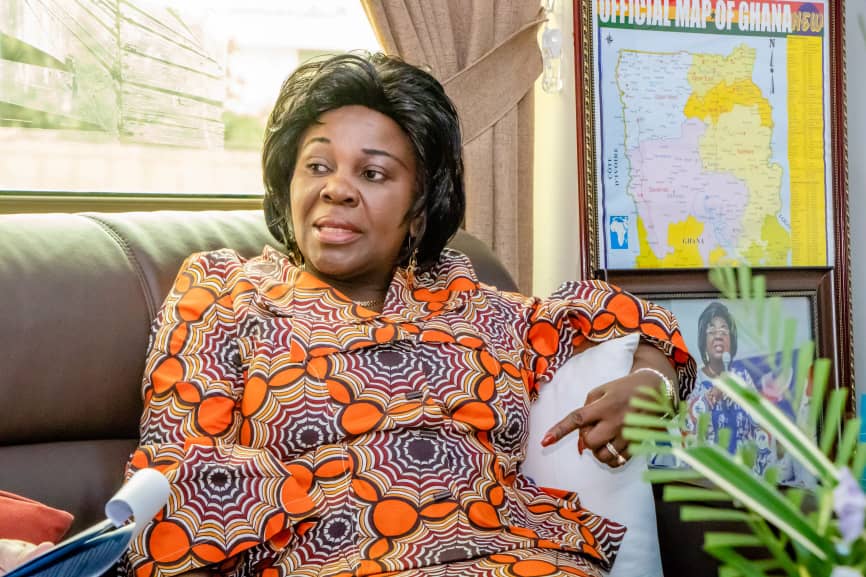 The Minister for Sanitation and Water Resources, Cecilia Abena Dapaah, welcoming the team to her office, expressed the Ministry’s appreciation to the Bank for its consistent support to the sector over the years, particularly the support through the GAMA Sanitation and Water Project, which has provided over twenty-seven thousand household toilets in the Greater Accra Region alone, the Sustainable Rural Water and Sanitation Project and the Greater Accra Resilient and Integrated Development which will become effective next week.

The Minister informed the team that access to improved sanitation has increased from 15 per cent to 21 per cent across the country.

Similarly, open defaecation rates in the Upper West Region has dropped from 83 per cent to 52 per cent within the last three years.

She also mentioned that, over the past 2 years, the Non Revenue Water of the Ghana Water Company Limited (GWCL) has reduced from about 50 per cent to 48 per cent as a result of the support from the World Bank amongst other interventions by the Company itself.

The Minister informed the Country Director and his team that the Ministry has successfully secured 65.5 acres of land in the Ga West Municipality for the development of an engineered landfill site to receive solid waste from the GAMA as part of its readiness for the successful takeoff of the GARID Project.

She further indicated that the Ministry is still pursuing the acquisition of other such sites in Adenta Municipality and Ghana Atomic Energy Commission(GAEC) for waste Transfer Stations.

The Minister emphasized the point that as a government interested in the development of the private sector, the Ministry will work with private companies in developing and managing the various landfill sites and transfer stations to improve the solid waste management efforts of the Country.

She assured the team of her resolve as the Sector Minister to ensure that all the investments made into the sector yield favourable results.

SRWSP and GAMA SWP have introduced innovative approaches to boost effectiveness and sustainability of WASH services, with emphasis on the unserved low-income population.

The Bank and Ministry of Sanitation and Water Resources are considering scaling up these experiences since both projects have achieved over 90% of their targets.

The GARID Project, on the other hand, is a multi-sector and transformative urban resilience project which aims to support Greater Accra Region to become a cleaner, flood resilient and economically vibrant city.

The project is the first phase of a series of projects and focuses specifically on reducing flood risk in the Odaw river basin in three selected low-income communities: Nima, Alogboshie and Akweteman. 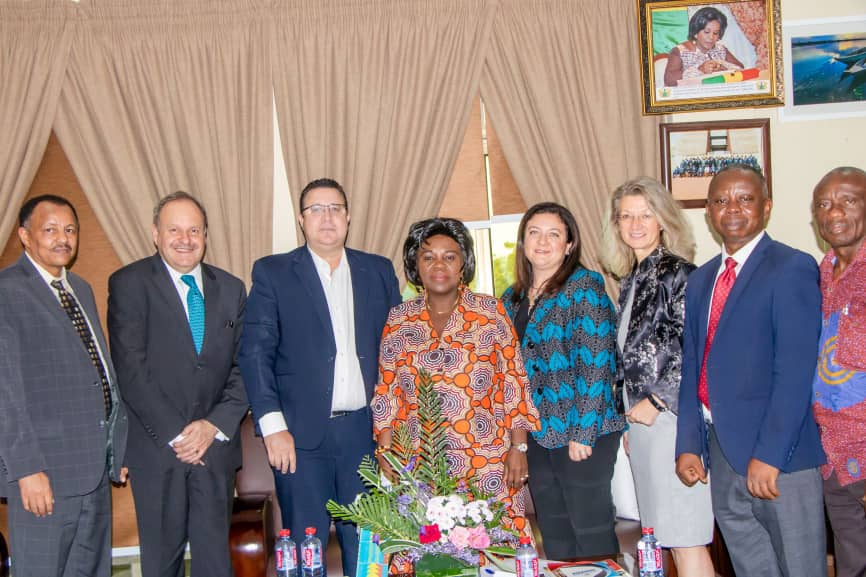