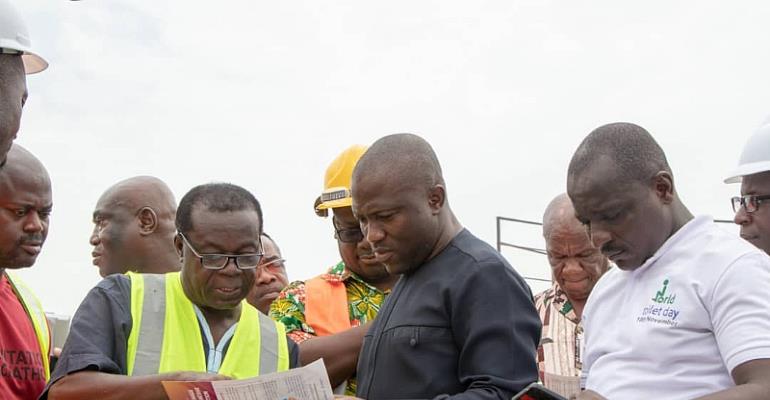 Some portions of the Kaneshie Winneba road will be closed to motorists to allow work for the construction of underground drainage at the Kaneshie first light intersection.

The Department of Urban Roads under the Ministry of Roads and Highways in collaboration with the Ministry of Sanitation and Water Resources say this will help reduce the perennial flooding at the Kaneshie first light and the immediate environs.

The Gh₵7million project which is funded by the World Bank will link the roadside drain into the underground drain to address the spillage. 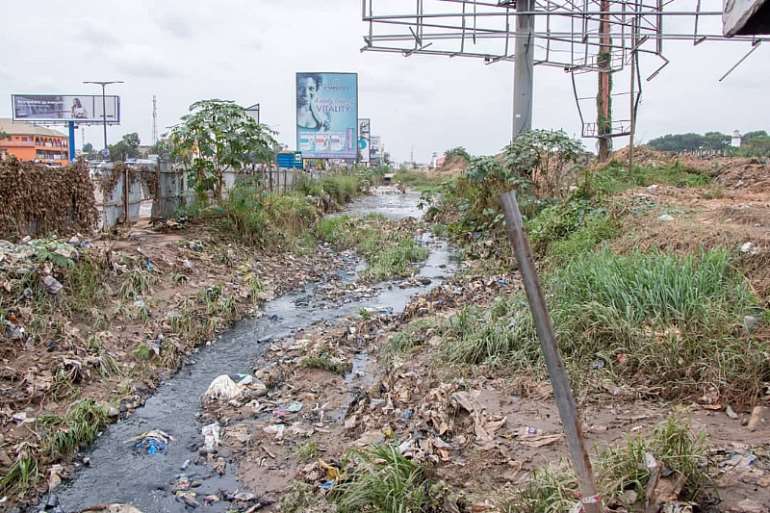 The construction of the 600meter drainage by Vuluss Construction Company will begin on Saturday 2nd March, 2019 and expected to end in 30 days.

Addressing the media at the project site, the Mayor of Accra, Mohammed Adjei Sowah said the project is in fulfillment of President Akufo-Addo’s vision of making Accra the cleanest city in Africa. 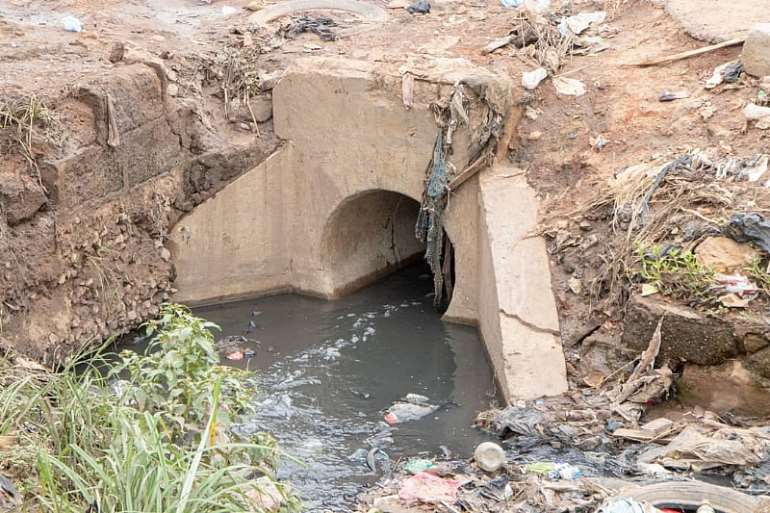 “As part of President Akufo-Addo’s call to reduce the flooding and make Accra a resilient city, we have identified flood prone areas of which Government through funding support from the World Bank under the Greater Accra Metropolitan Area (GAMA) to construct bigger drains to hold a lot water and reduce flooding,” he stated. 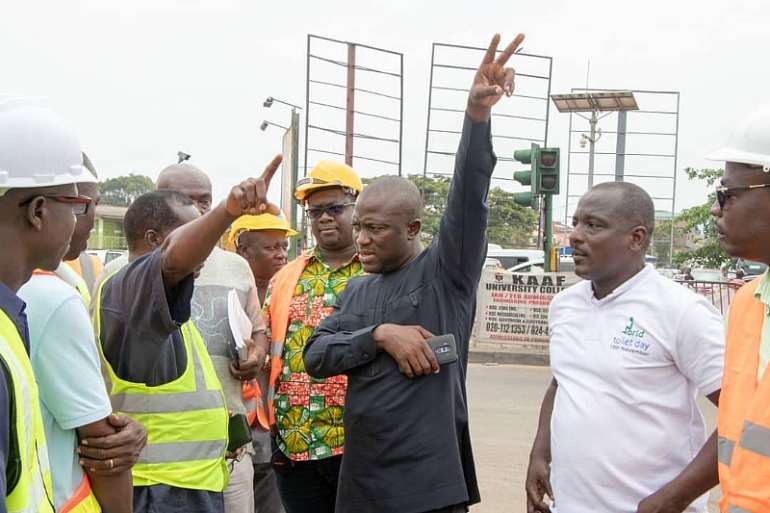 The Mayor noted that the first light junction has become a challenge for motorists during rainy seasons mainly due to the heavy flow of water from the bigger drain upstream.

Mr. Sowah indicated that the size of the underground drain is narrow and unable to absorb the large volume of water which flows through the roadside drain.

According to him, the excesses from the heavy flow cause it to overflow and spill as a result of the pressure at the intersection. 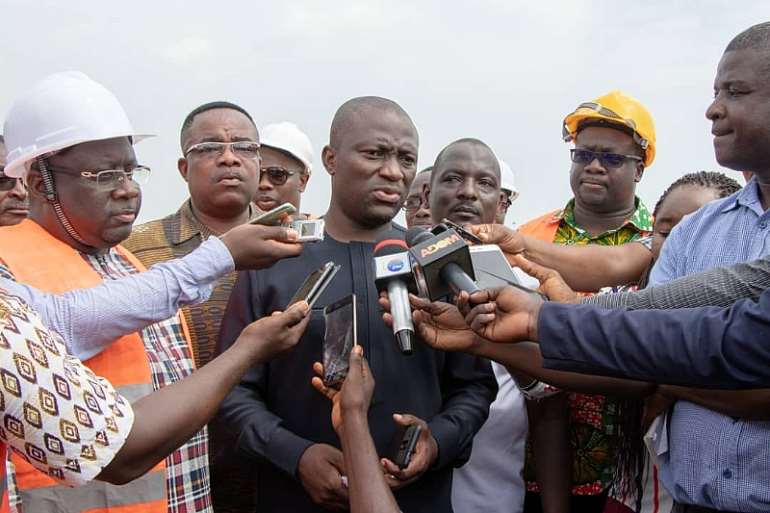 The frequent spillage, he said accounts for the perennial flooding at Kaneshie First light and the surrounding areas.

He stressed that the project when completed will ease the flow of water from Bubuashie, Darkuman and Odorkor through the 4meter wide roadside drain linking the same size (4meter wide) underground drain. 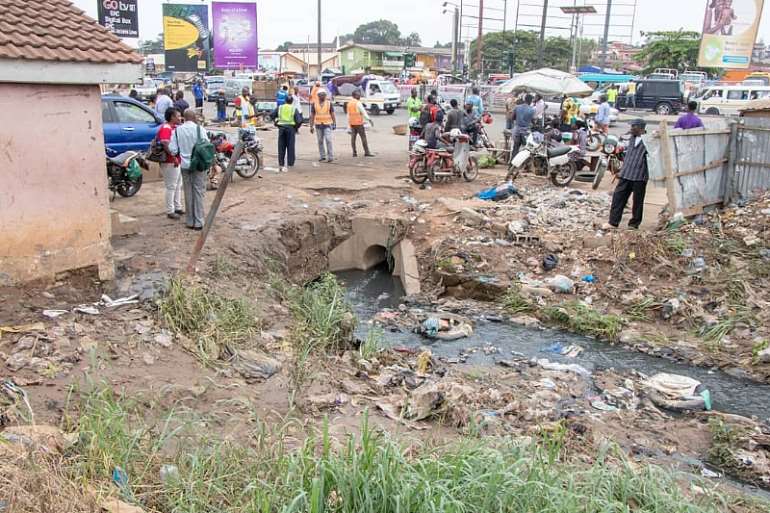 The Mayor is optimistic the expansion of the underground drainage will bring relief to motorists, residents and shop owners.

According to him, all the major drains within the flood prone areas in the Metropolis will be constructed between the period of 2years to address flooding in the city. 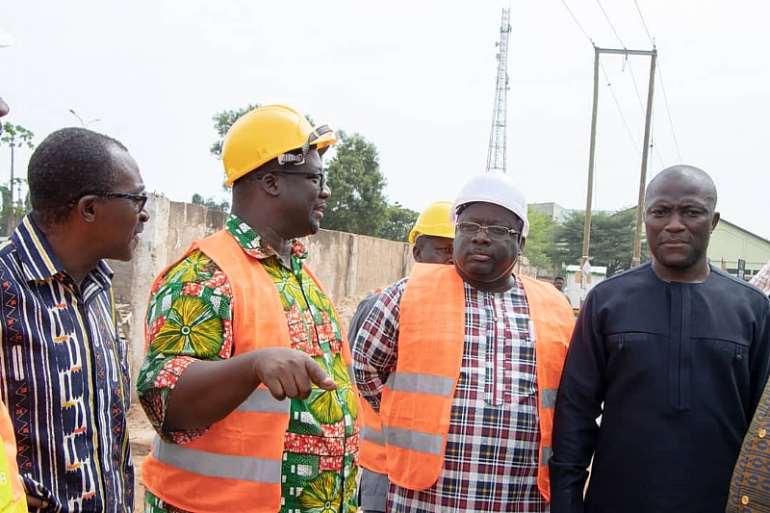 He added that the Ministry of Works and Housing has also awarded contracts for construction of many storm drains to commence next week at Baale, Industrial Area, South Odorkor and many areas.

“These are all defective drains or drains that were constructed in the pre-colonial time and are no more serving its usefulness,” Mr. Sowa intimated. 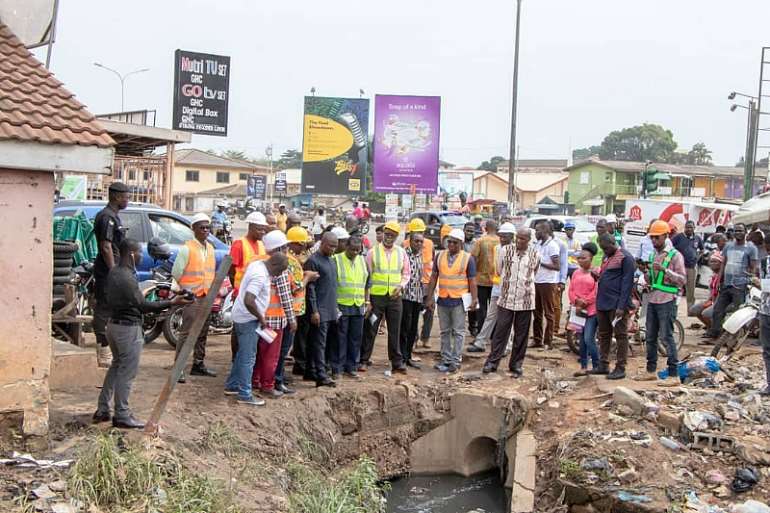 In environmental care, the Mayor posited that maintenance of drains is critical and as such, about 520meters of the 600meter drain will be covered and fixed with metal sieve to block plastic wastes and debris from sneaking through the drain. 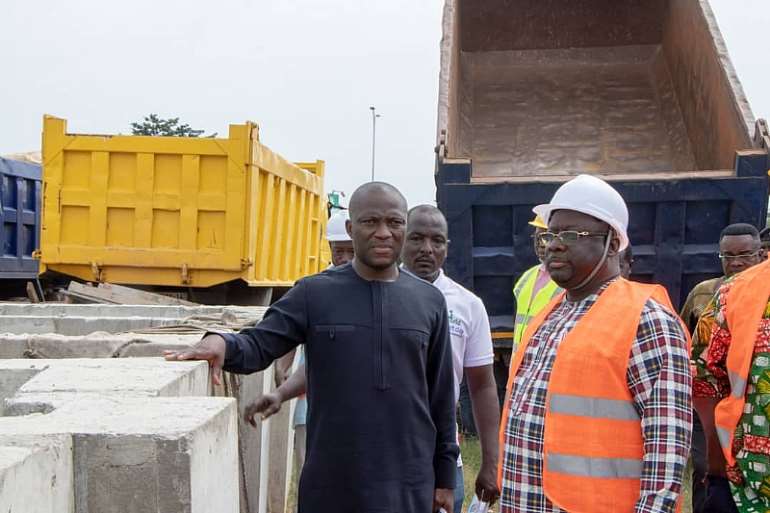 The remaining 80meters, according to him, will provide space for the scooping of the silt and wastes to ease the flow of water.

He added that a metal fence will be constructed around the Accra Academy School to prevent human contact with the drain and to address the menace of open defecation in gutters. 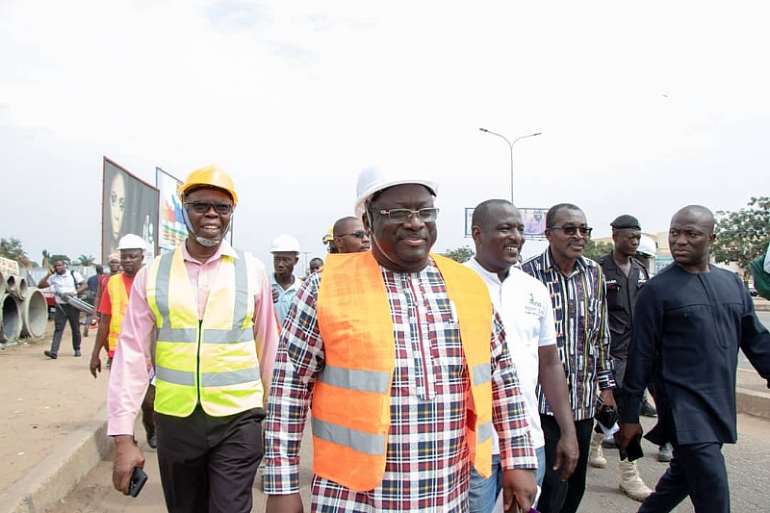 Ing. George Asiedu, Project Coordinator, GAMA Sanitation and Water Project said the project will significantly expand the drainage system to ease the flow of water from the Obetsebi Lamptey roundabout, Kaneshie market and the surrounding areas.

He emphasized that the construction of the drain will also help reduce the impact of the flooding at the Accra Academy campus. 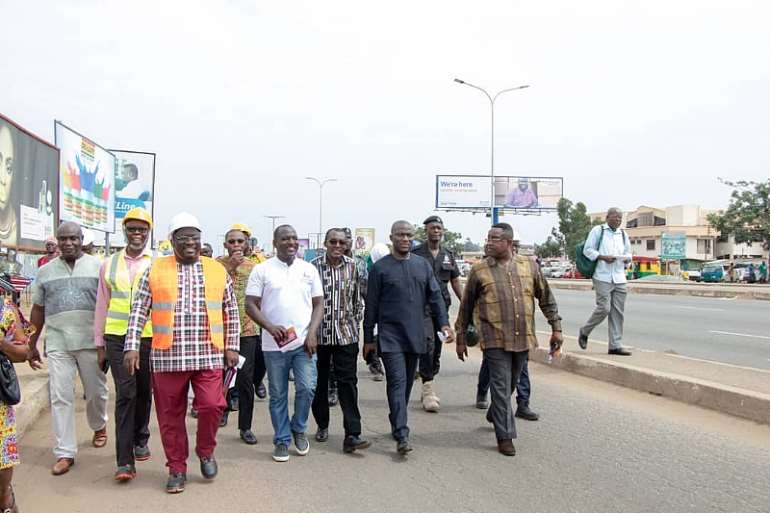 “Kaneshie first Light as you know has been experiencing perennial flooding mainly because the Darkuman and Bubuashie drainage converges into the Kaneshie drain which passes through Accra Academy and as a result cause overflow. When the water get to this section, it has to be directed into the Kaneshie underground drain which is at the center of the first light road. That is exactly where the problem causing the flooding in this area. 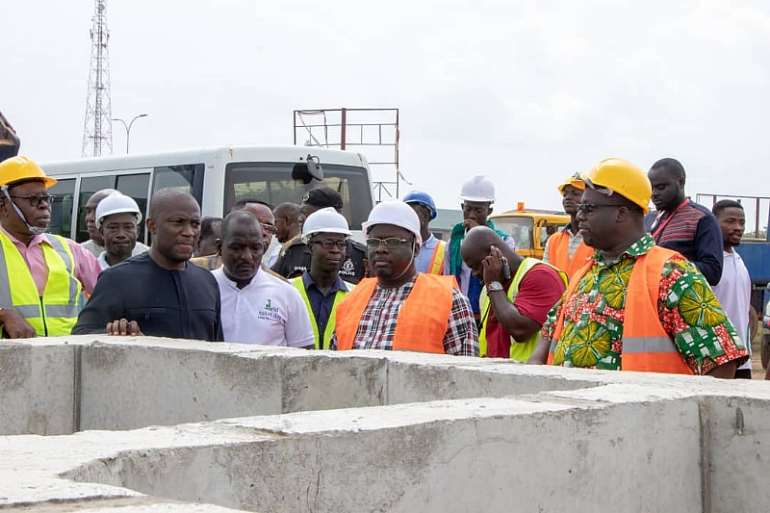 “We have put in a place a 4meter wide (1.6meter deep) and channelized for 600meter to the first light section. What we need to do is to be able to create an inlet into the existing drainage beneath the road. Once we are able to direct the water from here, we will be able to take a chunk of the flow from the roadside drainage into the existing underground drainage which is located beneath the middle of the road. That will significantly reduce the backflow effect that has been causing the flooding in this area,” Ing. George Asiedu emphasised. 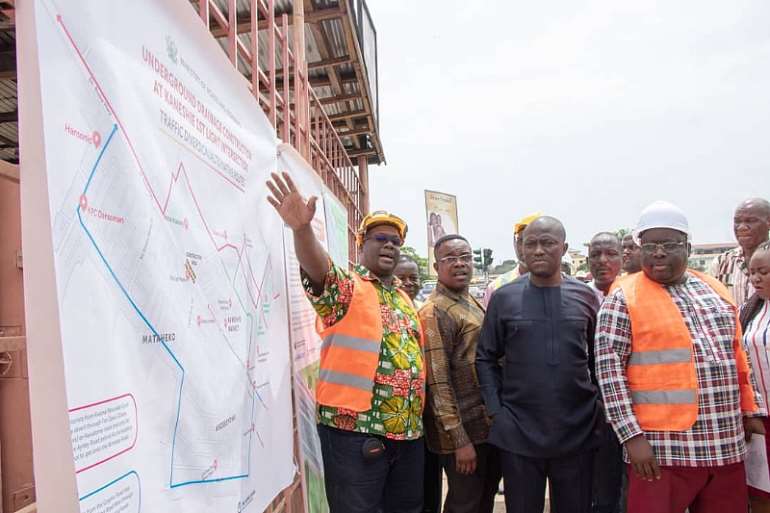 He added that other contributory factors that may have been part of the cause of the perennial flooding will be addressed.

Ing. George Asiedu, intimated that several alternative routes have been proposed for motorists to ease the traffic on the Kaneshie Winneba road. 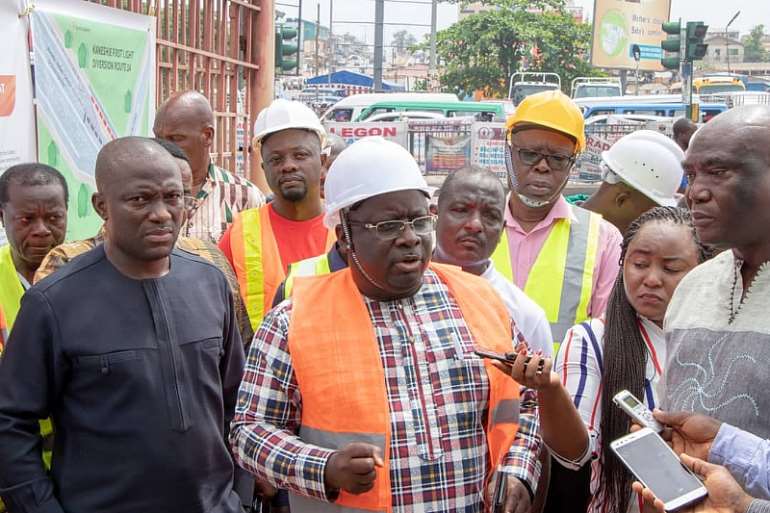 The Sanitary Engineer of GAMA under the Ministry of Sanitation and Water Resources, Gabriel Engmann stressed that motorists from Kwame Nkrumah circle may divert through Feo Oyeo (Ghanaian Times) or Awudome roads and onto Nii Asere Ayitey road behind Accra Academy School to get onto the Winneba road. 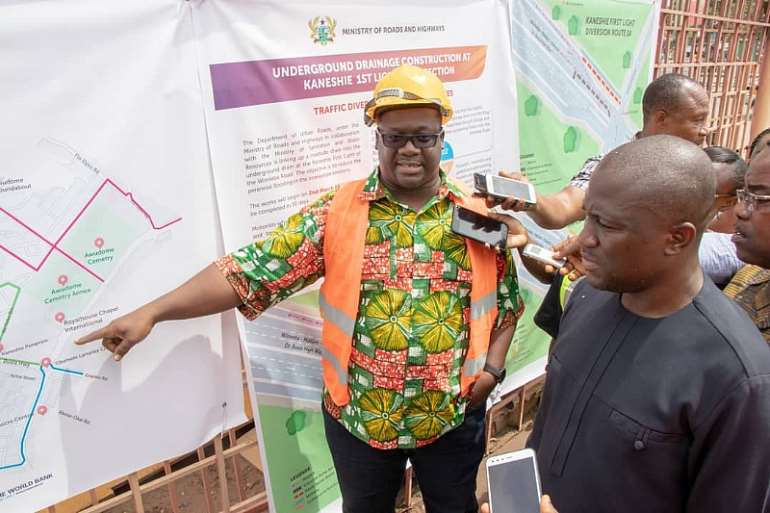 He added that motorists from Kaneshie Pamprom area may divert through Nii Teiko Din, Awudome road and other connecting roads onto the Winneba road.

According to him, motorists from the Graphic road may divert onto the Ring Road West through Oblogo and other concerning roads onto the Winneba road. 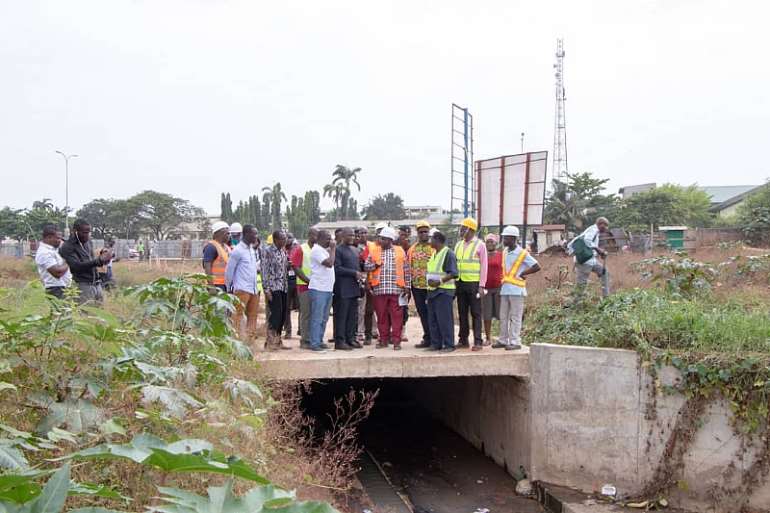 Mr. Engmann stated that the public, motorists and pedestrians approaching the construction site are advised to take note of the diversion signs and all other traffic management measures for maximum co-operation. 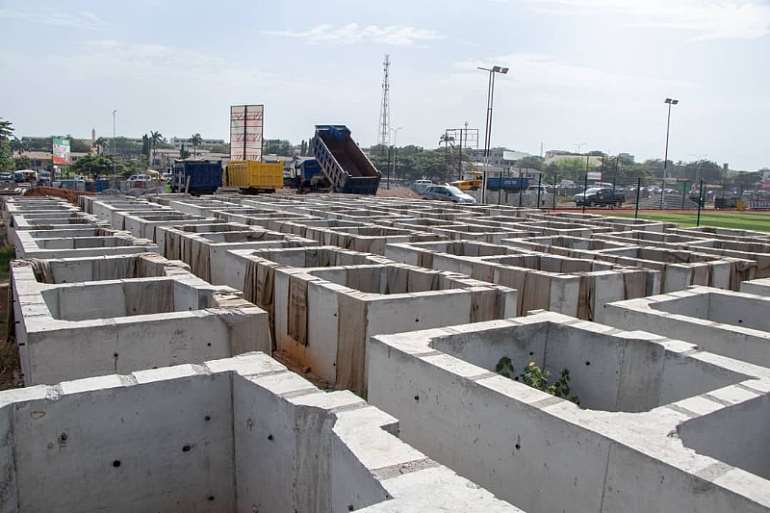 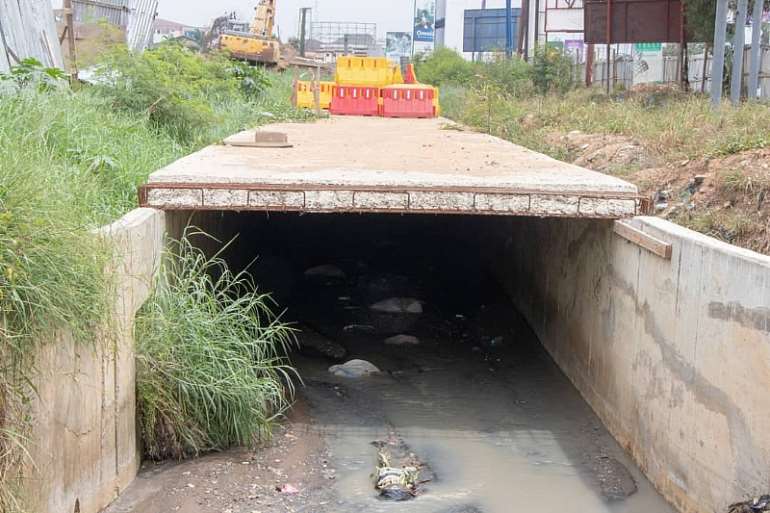